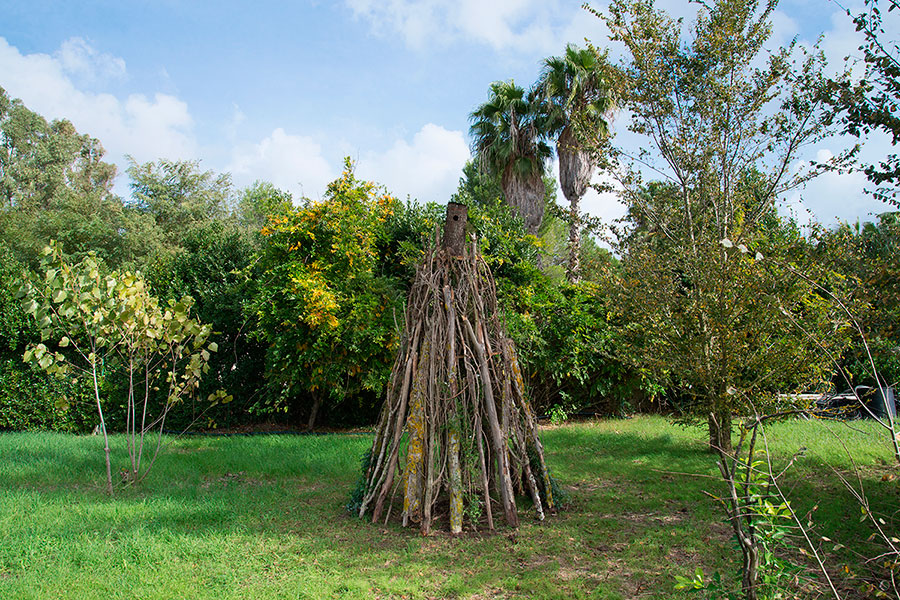 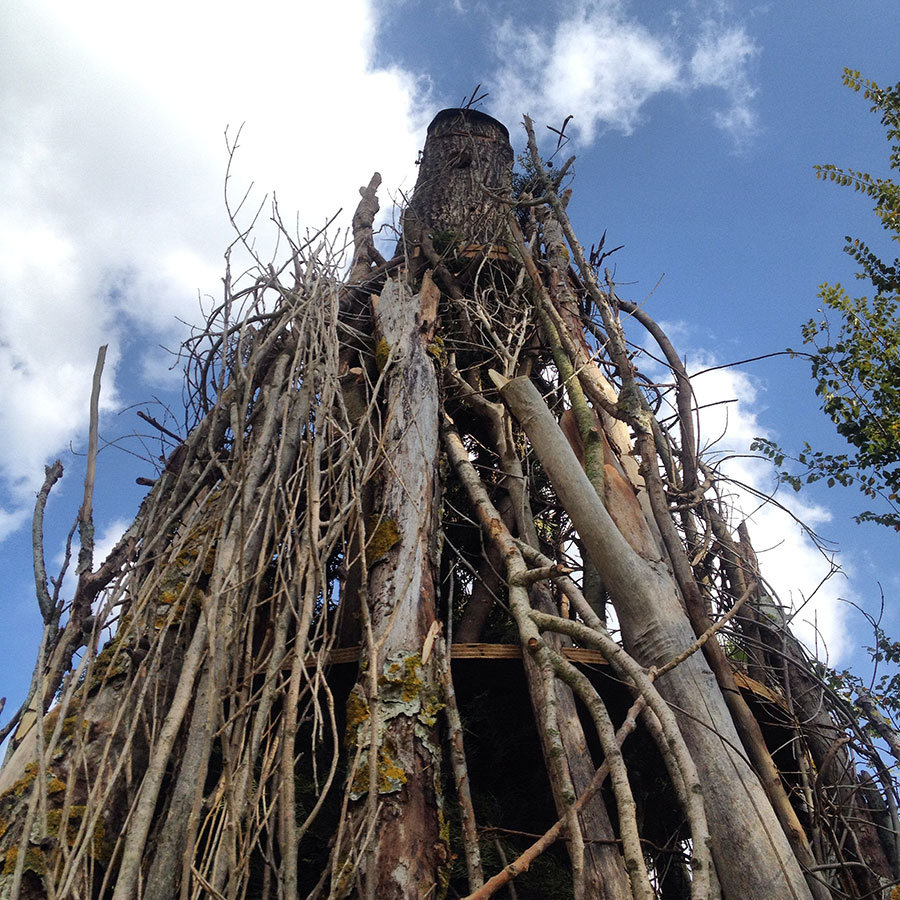 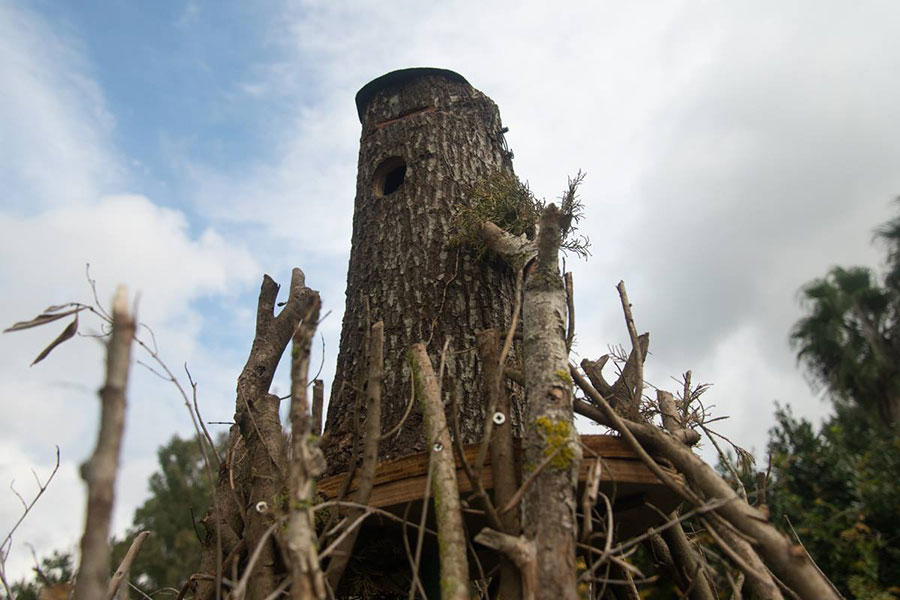 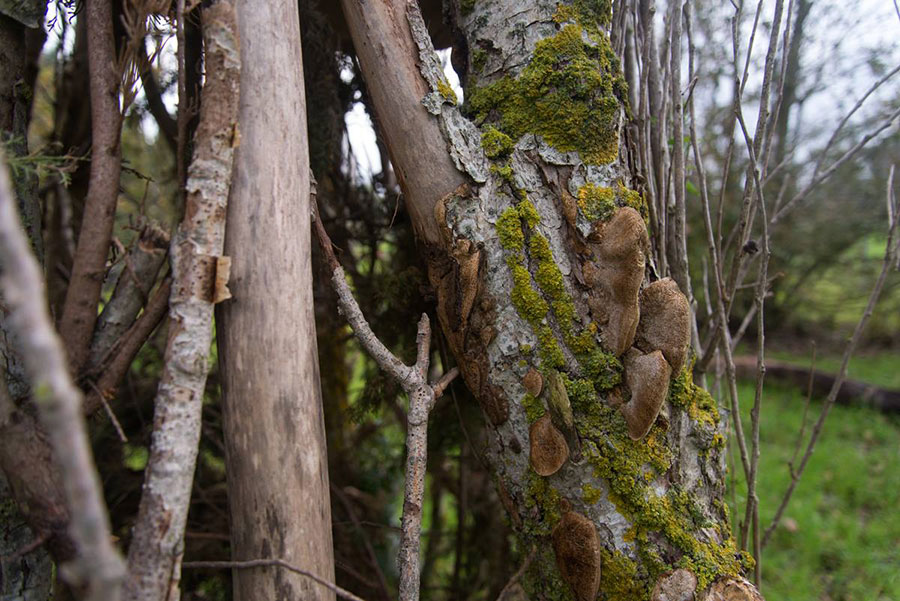 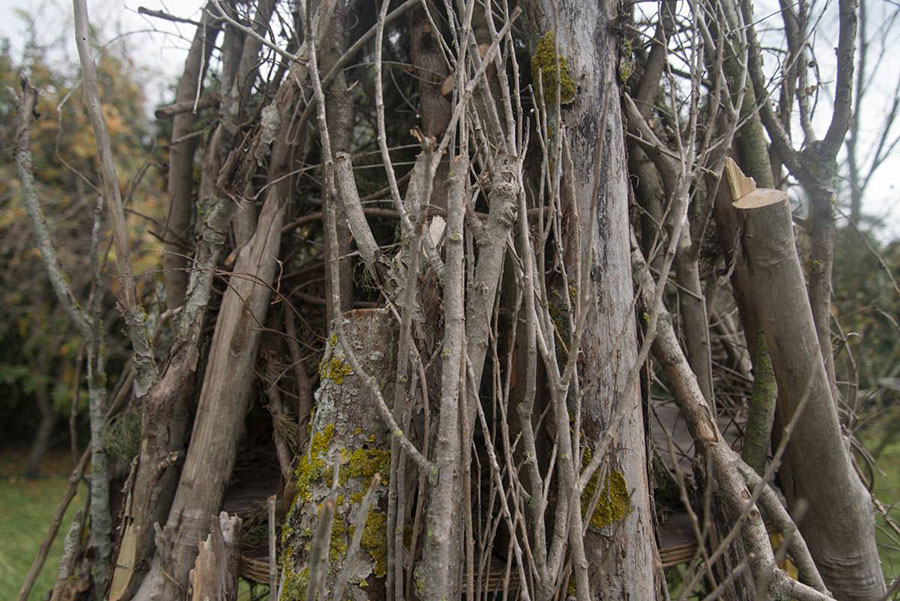 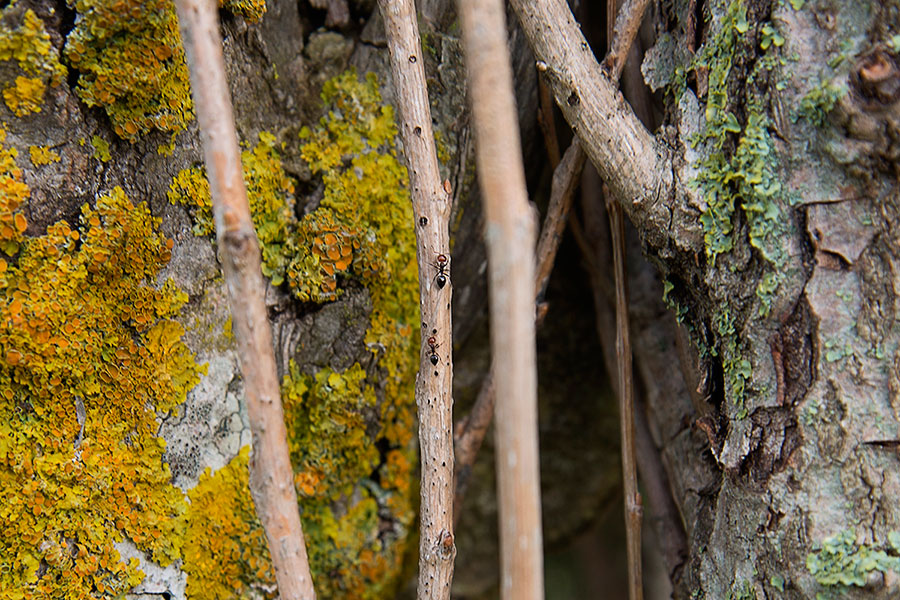 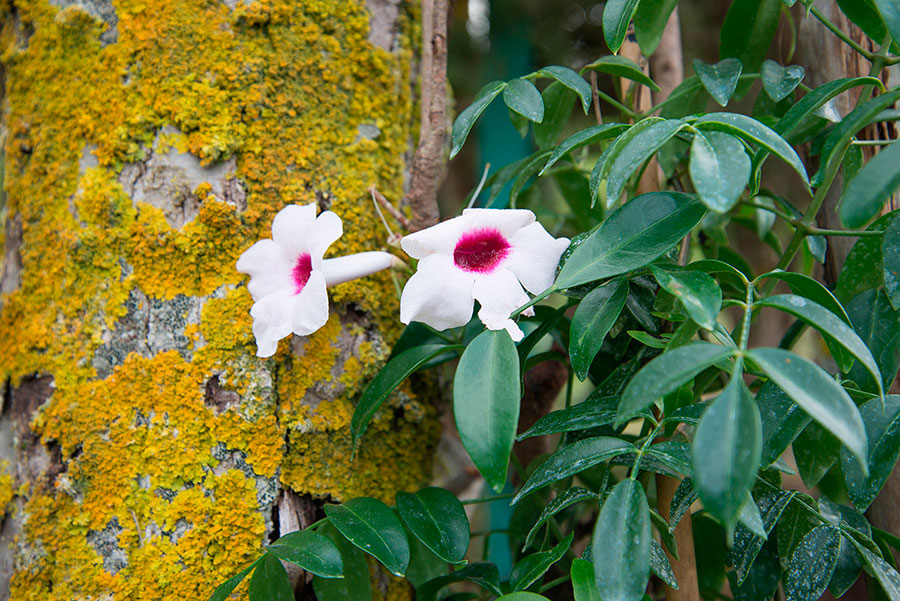 Upuphir is an experimental hybridization between a nest for birds and a menhir, but not only that.

Above all, Upuphir is a tribute to the megalithic culture that continue to show their grandeur in the European territory (Italy included), despite the many centuries passed through the teeming asceticism and decline of human civilizations. All this makes me dream of how the world could have been when even the homo sapiens species was numerically lower than other mammalian species, such as the wolf.

When I find myself in front of a menhir, I inevitably start to fantasize about how the perception of space could have been and how people lived in the territory, the natural resources, the active and physical existence (hard but true), the connection with Earth and the cycles of nature. There was no need to build parks and gardens to escape from the urban alienation. The relationship was in fact inversely proportional to the territorial, surrounded by green environments while the huts were just small oases inside of it. Back then, humans were used not to live in a dimension invented by ourselves (I refer to the urban fabric and especially to the Internet and the virtual world), but it was forced to sharpen perceptions rather than abstracting the real needs.

After this digression, back to the Upuphir!

Upuphir to me is the continuation of a creative path that started a few years ago, in which I consider sculpture as a living being or rather like a miniaturized world / habitat available for other beings. It can be considered “space taken from human occupation that is re-offered to other species”, that will be free to accept it or not. Regarding the Upuphir, I decided to place a stub nest on the top of it to provide a house for medium size birds. The network of branches that defines the skeleton of the installation is a structure recognized by passerines such as the robin. This kind of birds are used to nest in dense shrubs, especially considering that the climbing plants that I planted at the base of the structure will grow across the surface offering these species even greater protection. In fact, the sculpture is to be considered as a work in progress that will end once the vines have entirely covered the Upuphir with green leaves, while the birds live in the nest (we hope!).

Jasmine and various bells are just some of the many plants used. During spring, their flowers will likely attract a different kind of nectarivorous insects, such as butterflies and bees, while still other insects such as ants and beetles are already dwelling in fallen logs used for structure.

I want to say that the name Upuphir was born during the installation itself of the piece, as I dreamed that the nest was chosen by a Hoopoe! We have to wait for next spring to find out what happens…