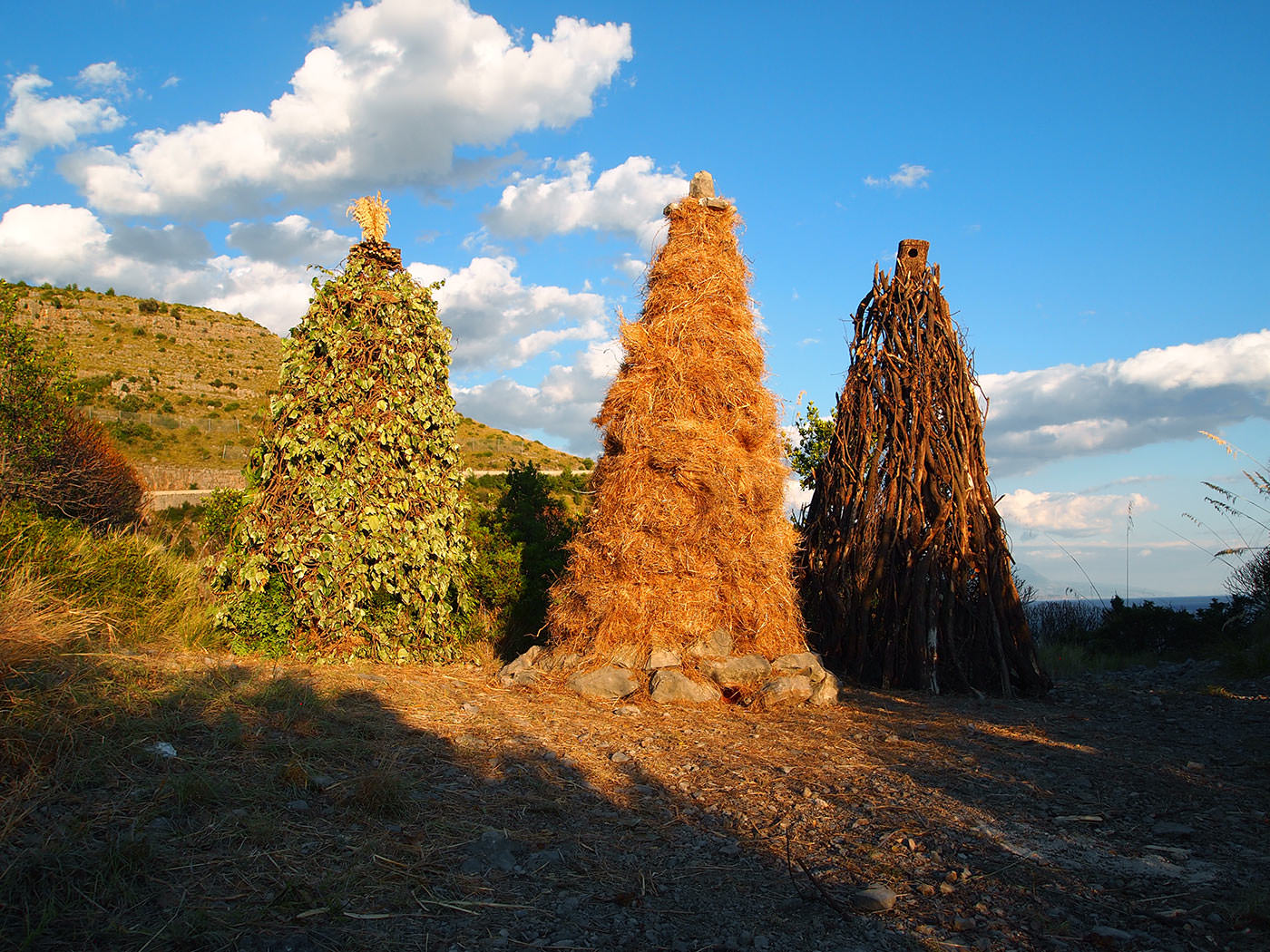 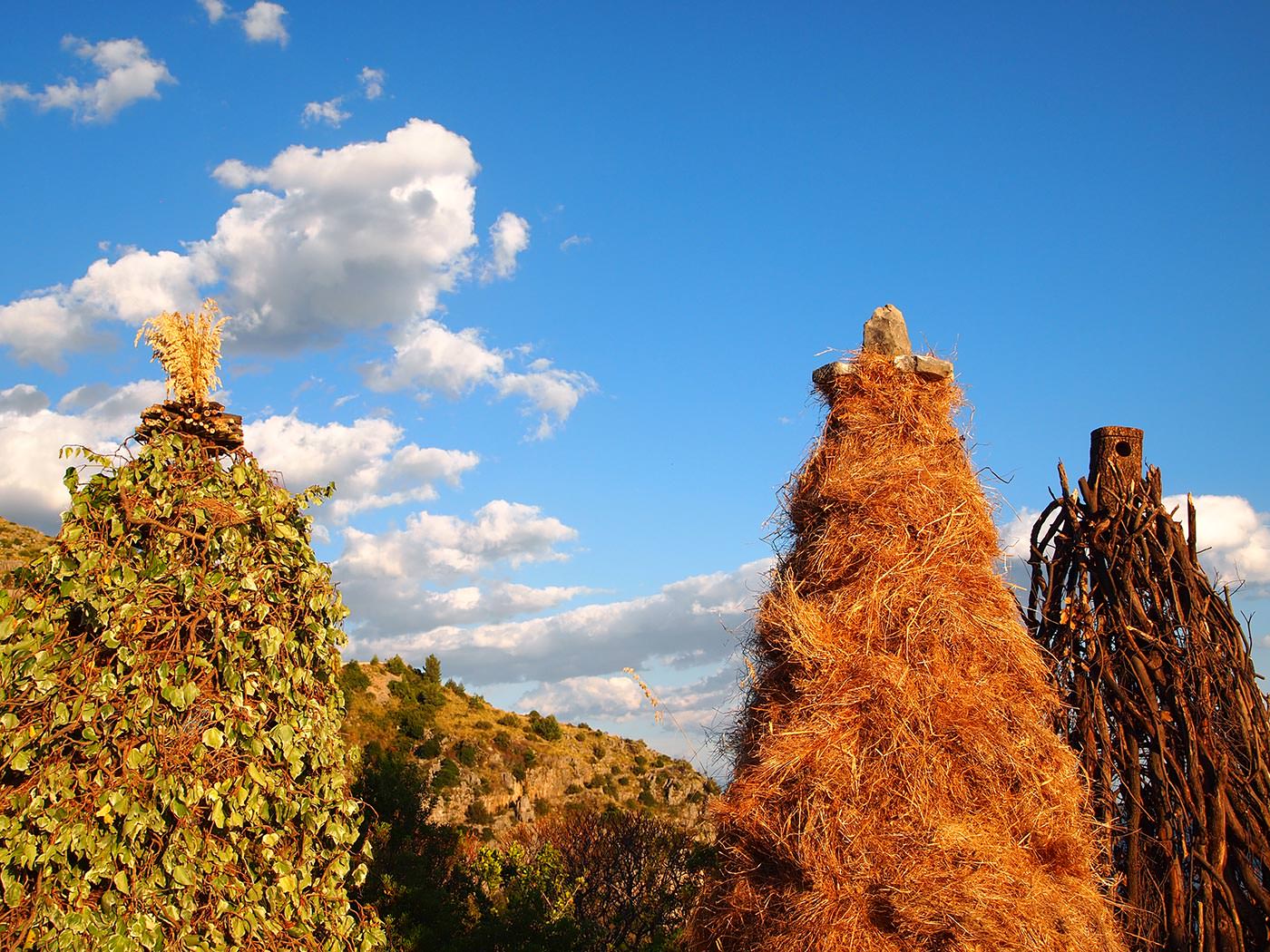 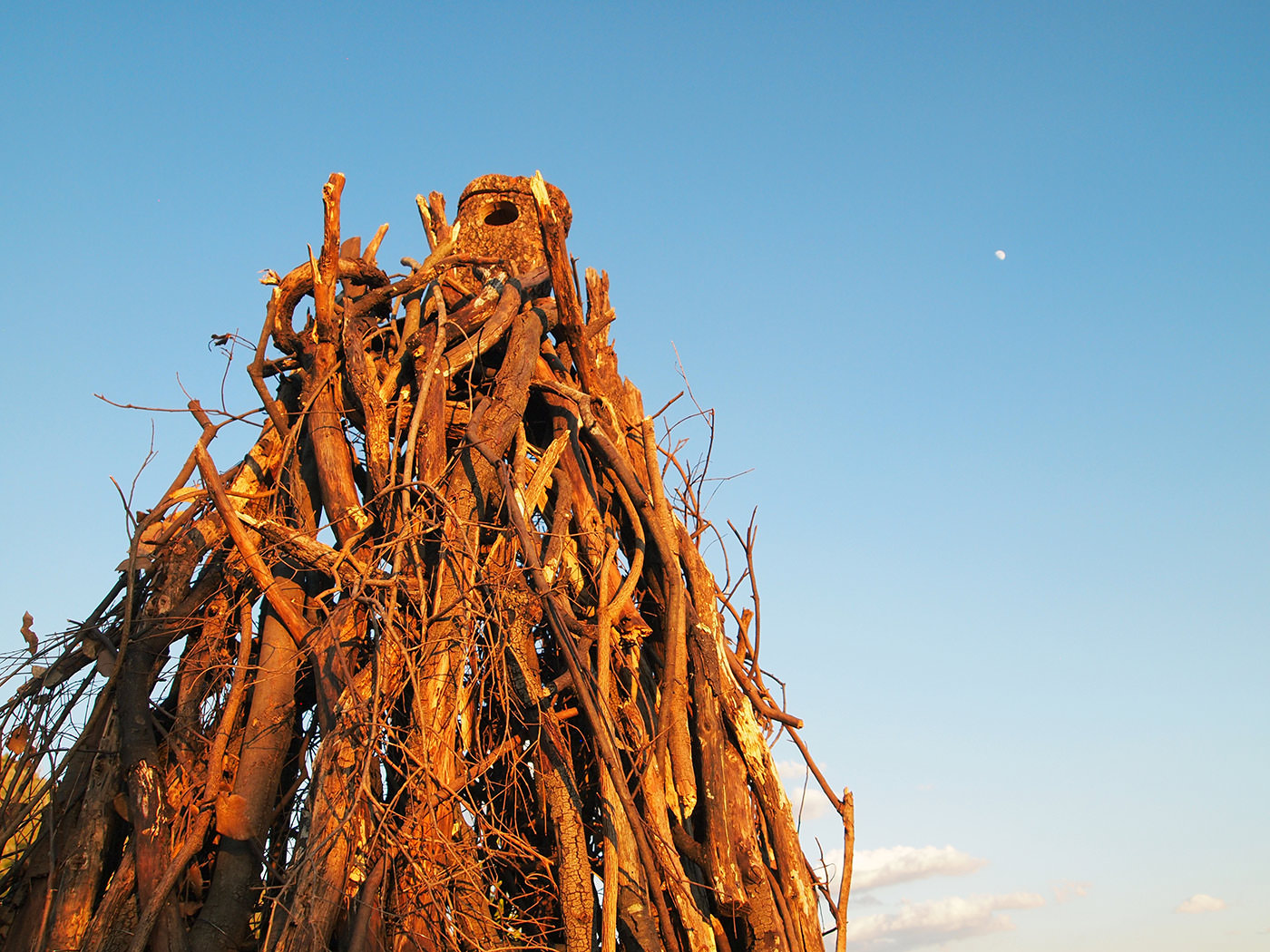 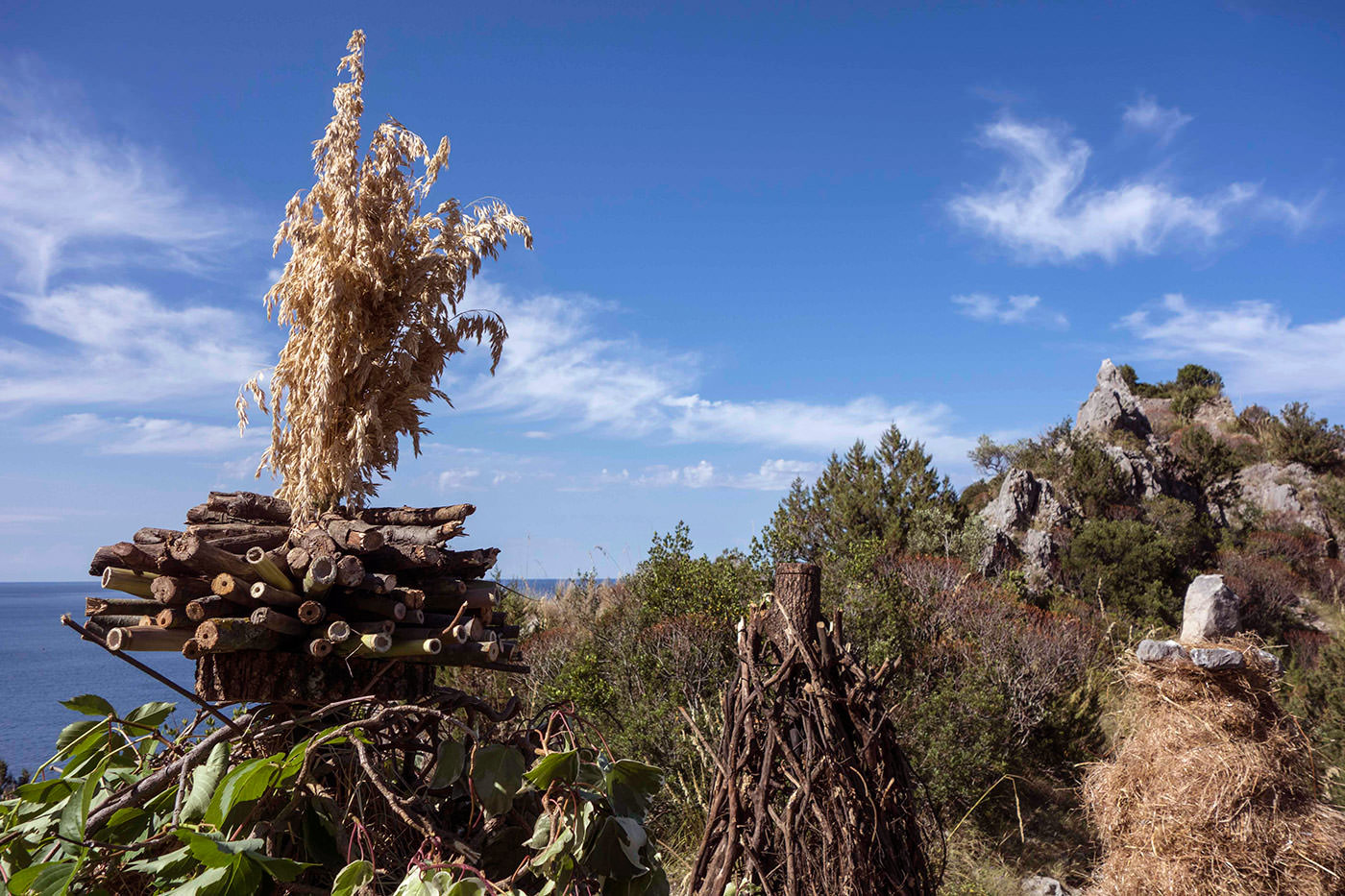 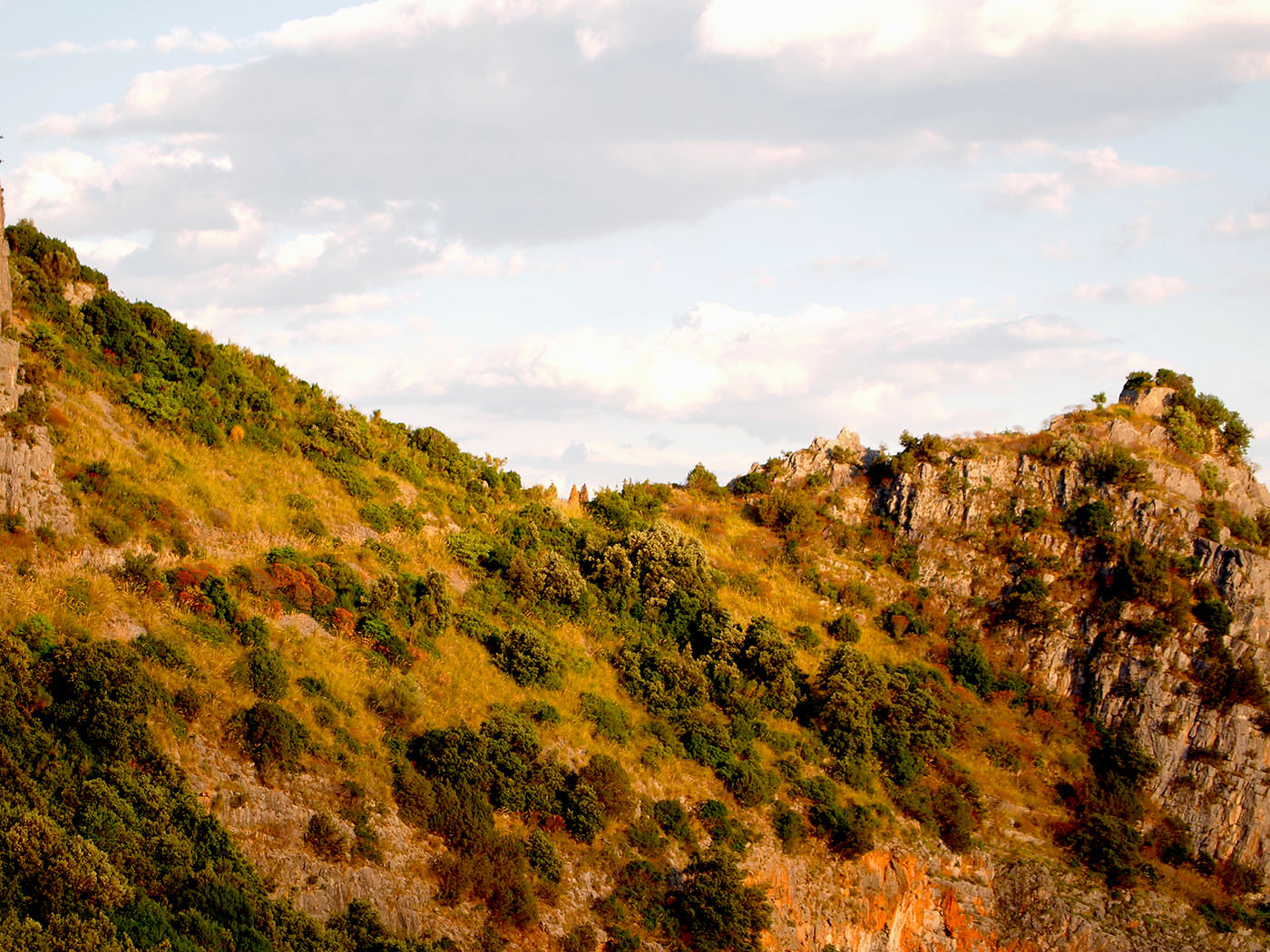 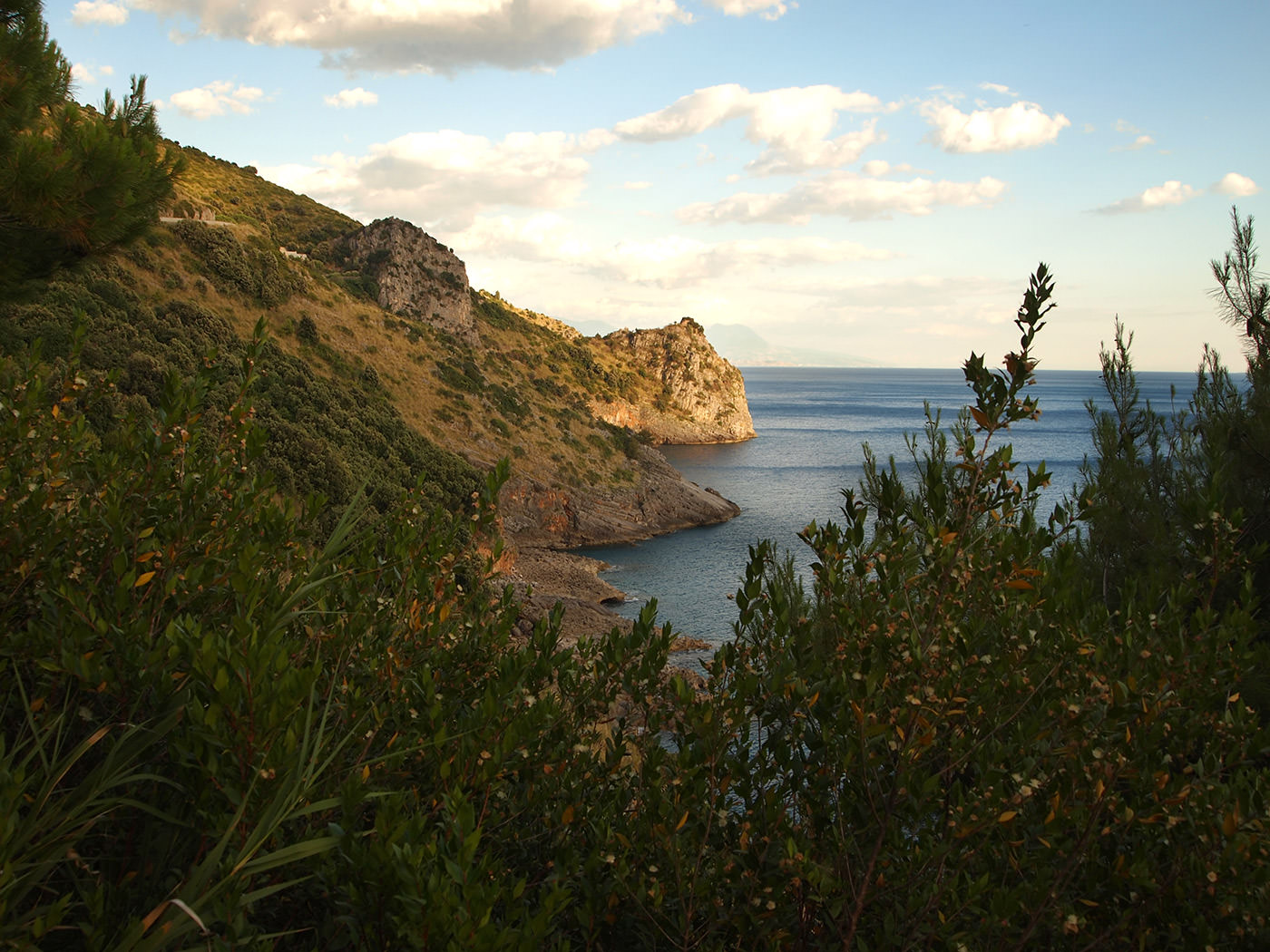 Triskele is conceived as a tribute to the megalithic art and a shelter / nest for wild creatures.

I chose the name Triskele to evoke the allegorical meanings of the symbol which it shares the name with: a symbol that follows human imagination since the Neolithic era.

In fact Triskele is present in various Indo-European cultures from the Neolithic through Iron Age, to nowadays, and it assumed different interpretations depending on the culture where we find it, but always related to the triple nature of existence: past-present-future, earth-water-sky, daughter-mother-sister … It represents for me the three stages of the life cycle: Youth, Maturity, and Sunset, making it an attempt to materialize and synthesize the flow of the eternal circle of life.

However the installation was also created as a sanctuary for wild creatures, a kind of temple where the walker is invited to reflect and interact with the surrounding nature.

The three main structures contains nests and burrows prepared to host different animal species. The first one represents Youth: it is cloaked in ivy and its summit is an insects’ hotel (the first inhabitants of the land) made from reeds and drilled branches. The second one, Maturity, represents a potential fire: it’s made up of straw and stones, and it contains a hedgehog’s burrow (or for other small mammals), while the stones that form up its base are a shelter for lizards and snakes. The third one, Sunset, is a cone of twisted branches that flows in a wooden nest for birds.

Triskele is located on an ancient coastal path that runs through an area of mediterranean scrub which went into disuse and recently recovered by the Golfo Trek.

In addition to the three pseudo-Menhirs the installation includes a small “altar” made of stone, on which the walkers and the spectators may leave food offers and other gifts to the animals who inhabit the structure and the surrounding area.