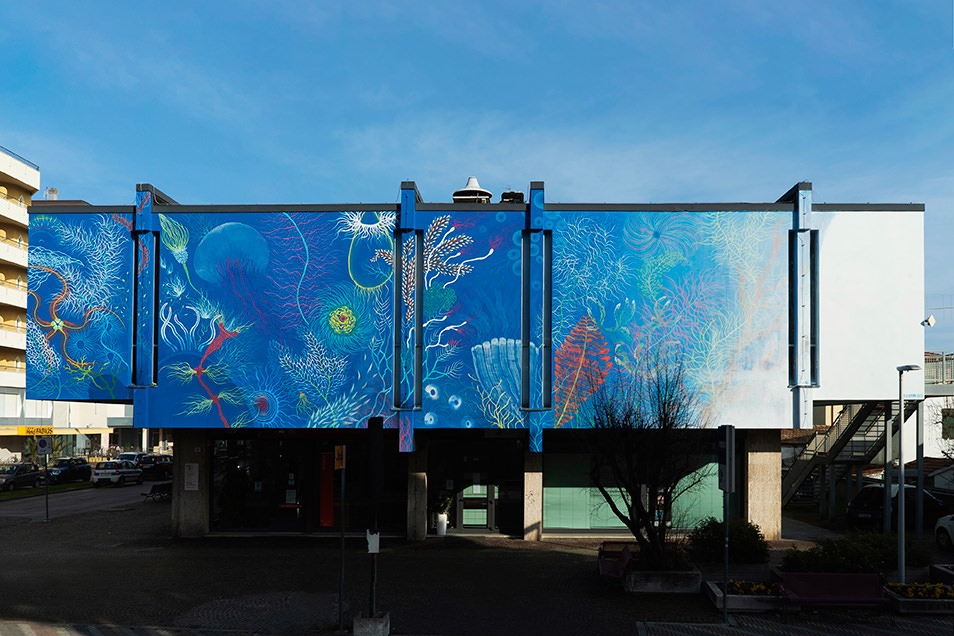 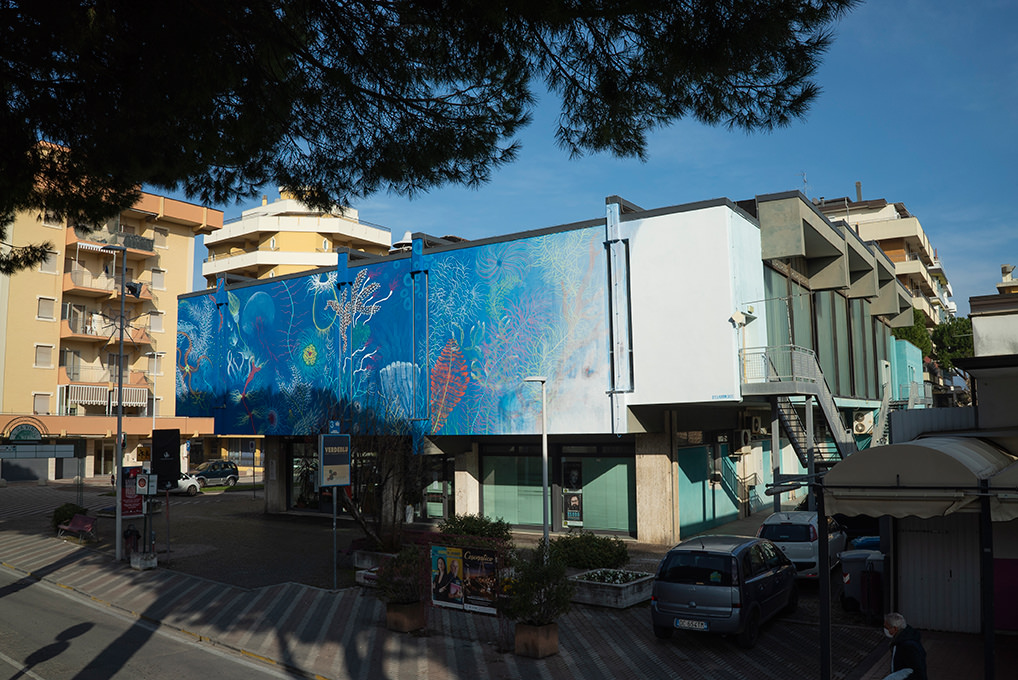 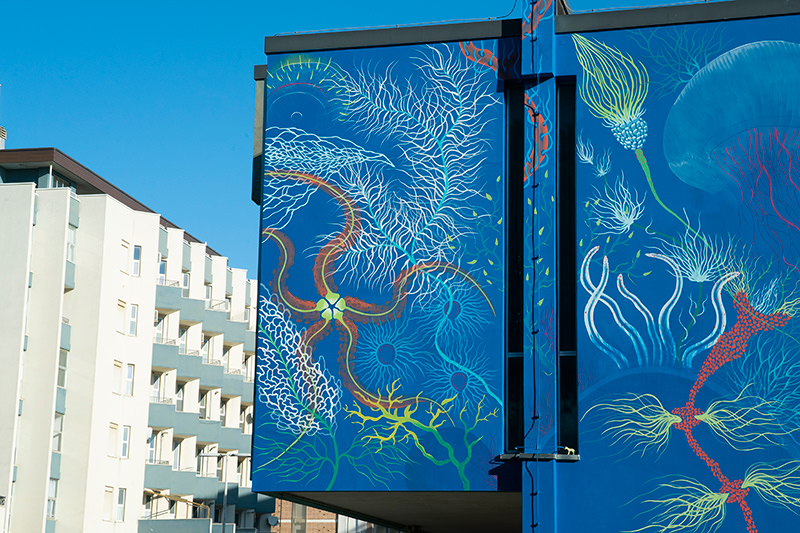 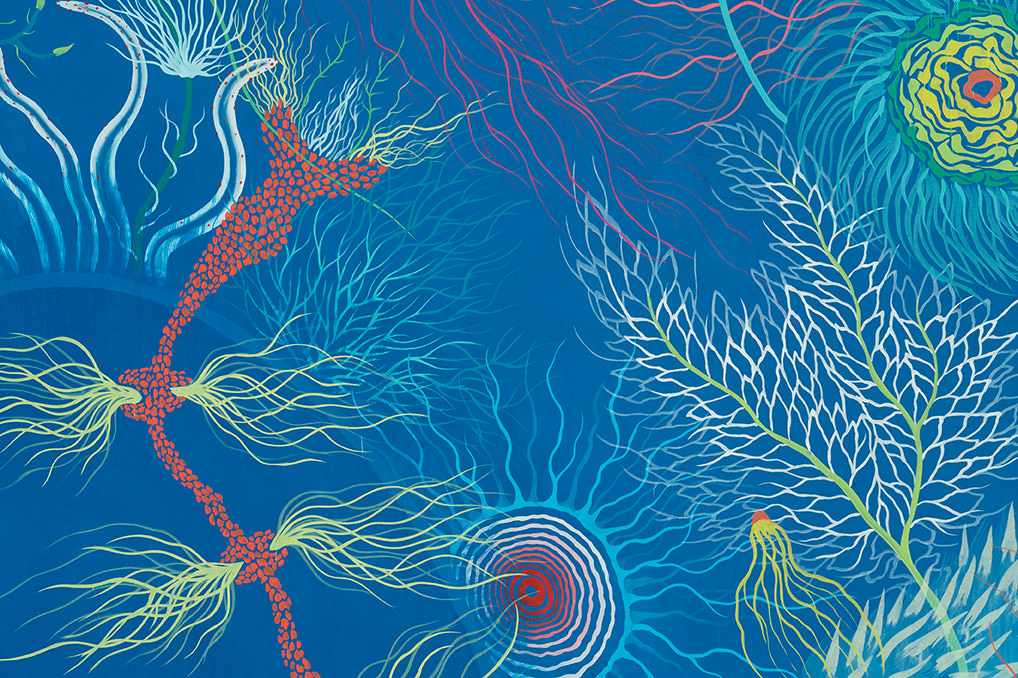 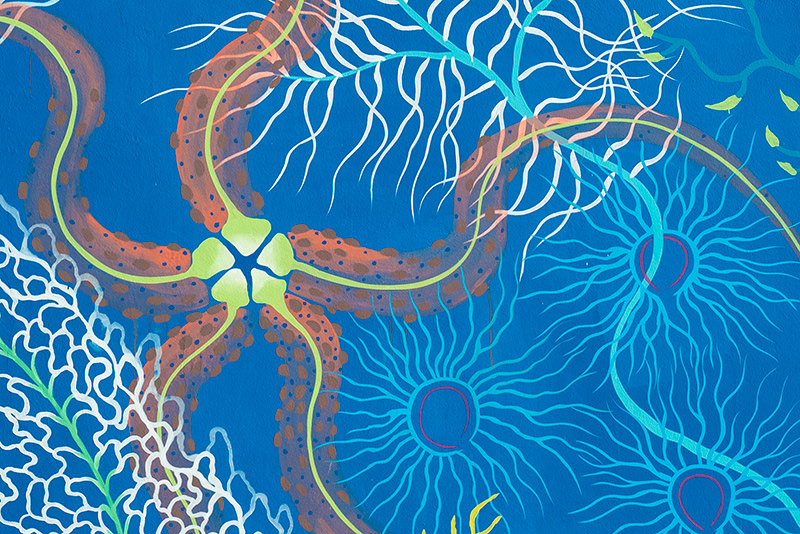 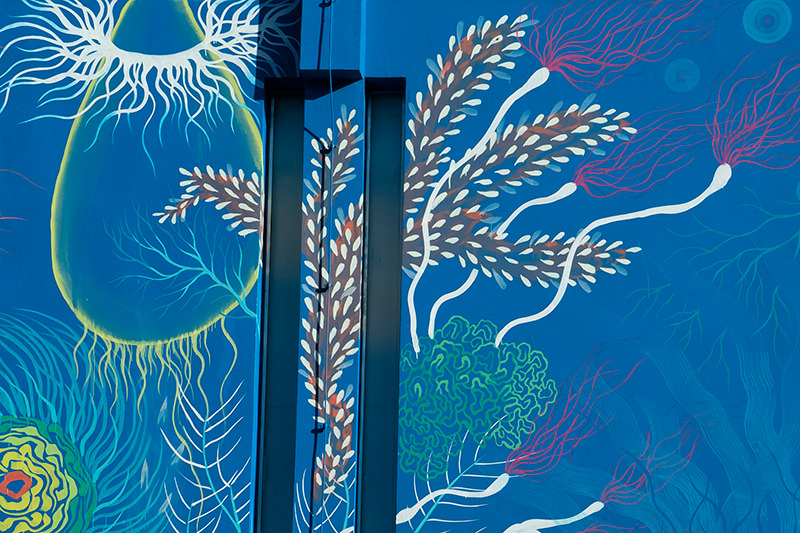 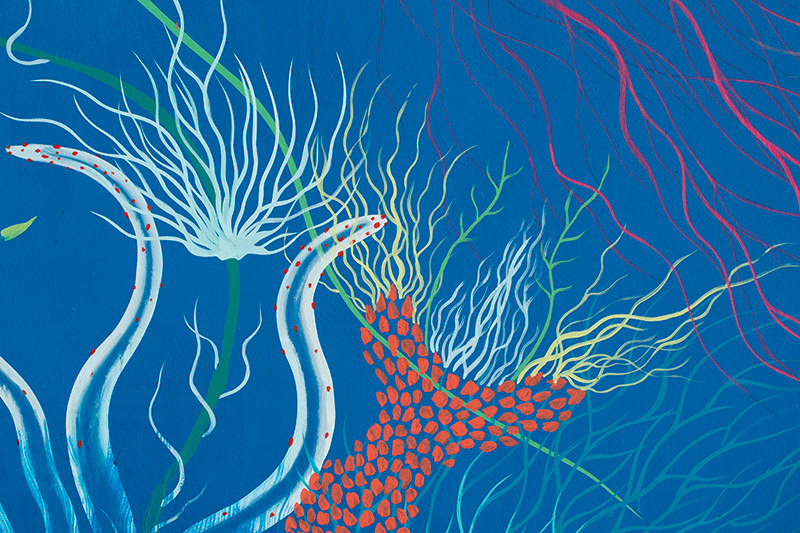 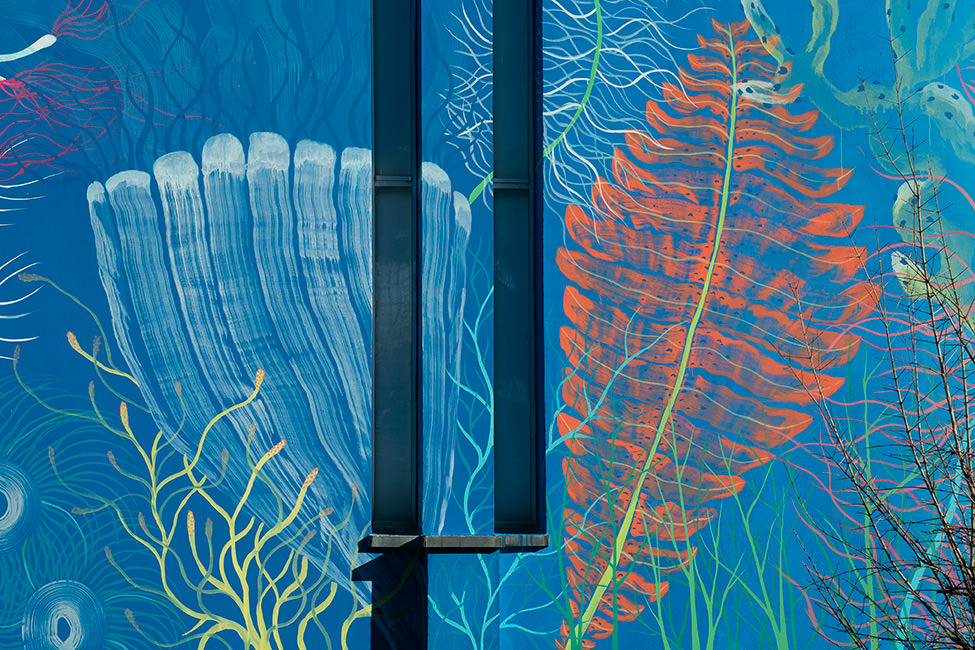 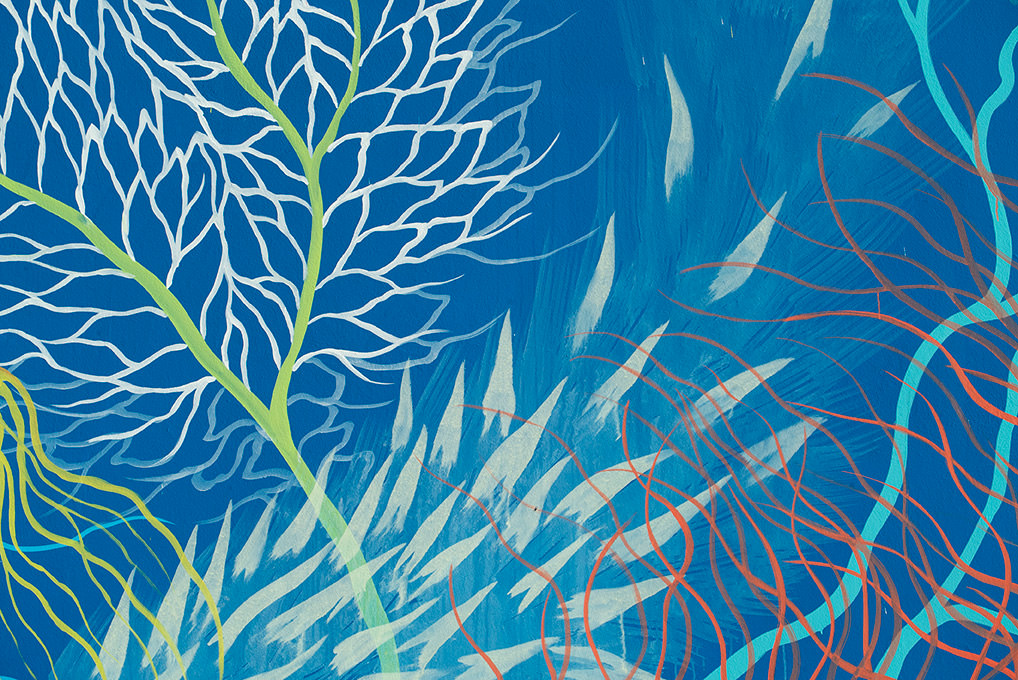 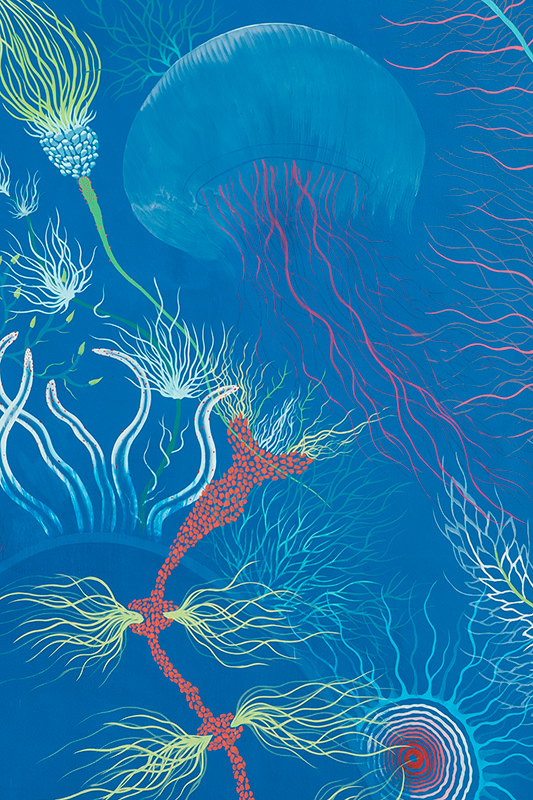 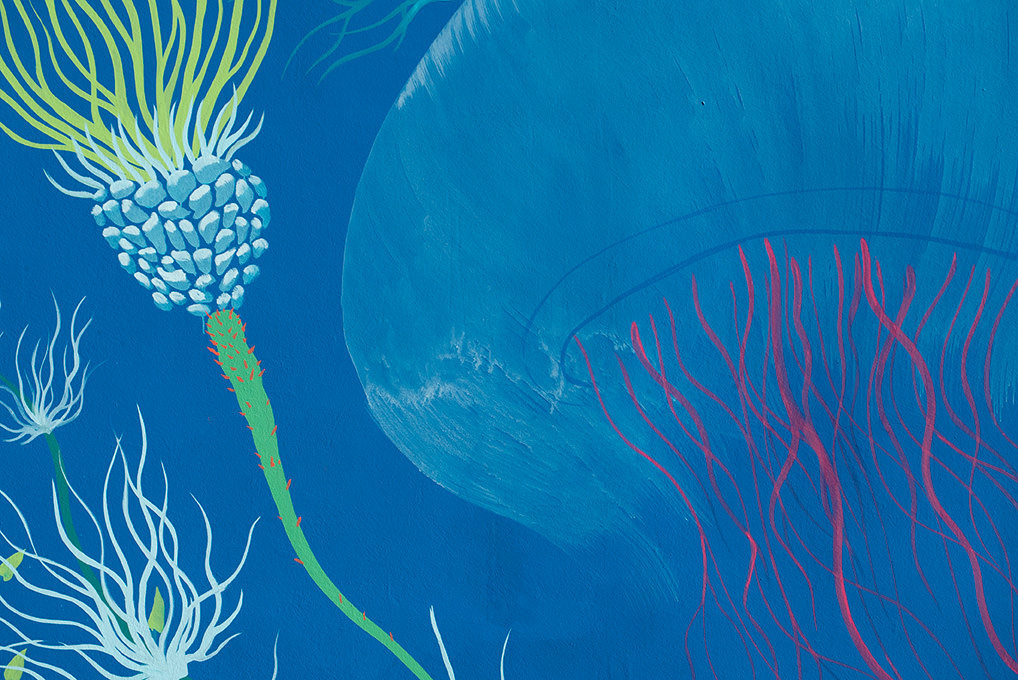 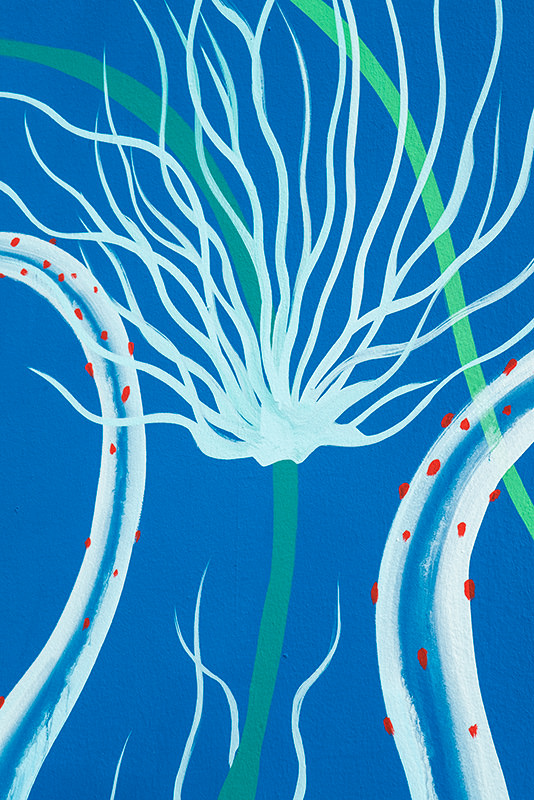 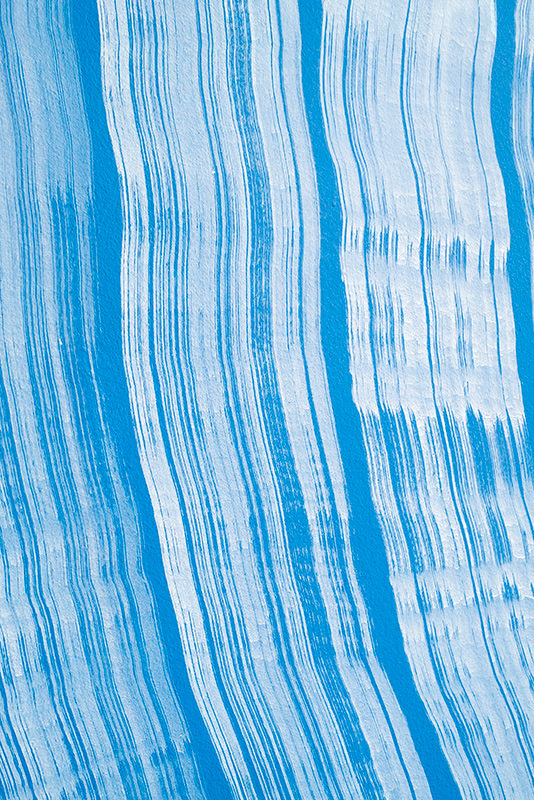 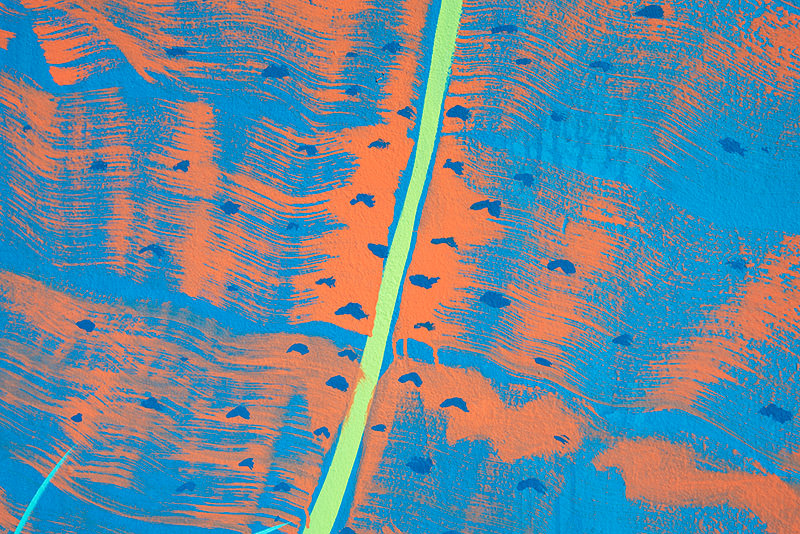 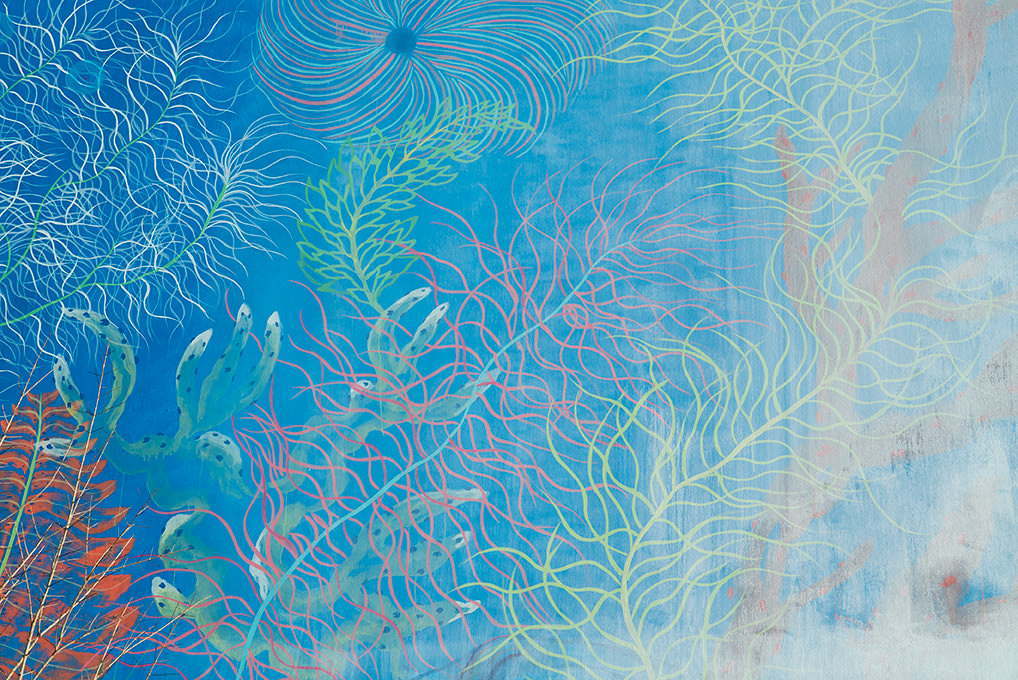 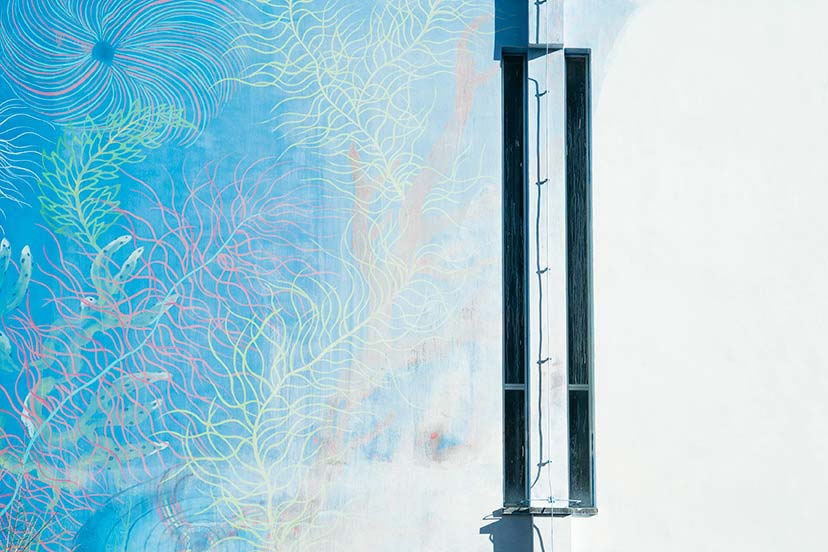 The project is conceived to be a series of thoughts about human beings actions and Mass Tourism policies of the last decades. The topic is both local – because of the negative impacts on local natural heritage – and global – since many areas on the Planet share the same destiny.

A luxuriant Barrier Reef is depicted in the mural, full of many diverse flora and fauna species.

Barrier Reeves, considered to be the most diverse and complex forms of life, run the risk of losing their amazing colors because of the coral bleaching phenomenon.

Like what happens in Natural environment, in Gola’s Façade the scenario becomes less and less visible towards the absolute white corner of the wall. The mentioned white means the absence, the emptiness, the lost caused by men into the ecosystem. Also the place where the artwork takes place has a double meaning: it is based where it used to be a coastal pine forest, later destroyed to build the Tourism Office of the town, according to the instant profit policy of that time.

The artwork invites us to think about the lack of empathy towards the rest of the species and to the action/reaction process. The mural is a way to underline the link among the world itself, the forces within and the beings that inhabit it. In this case: deforestation, global warming, climate change, ice melting, ocean acidification, ocean bleaching.

The awareness and understanding of human choices are the cornerstones of Gola’s work which aims to be a spotlight on human actions tailored on a short term vision. Human beings believe to be still on the top of the pyramid and to have the right to rule the world. The results of these thoughts – dated back to Platonic vision and monotheistic theories –  have brought to the present environmental crack and climate crisis which we are currently facing.