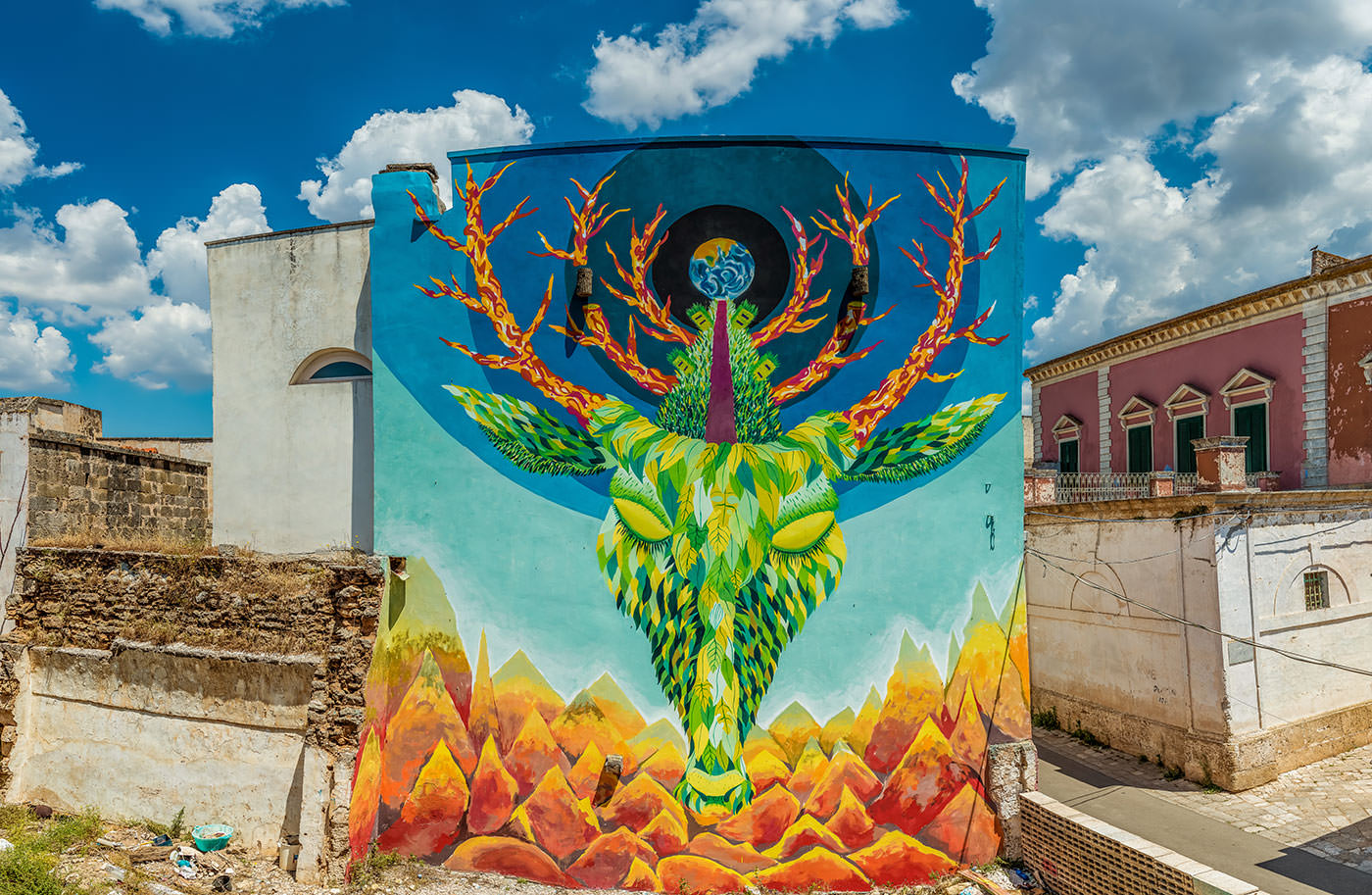 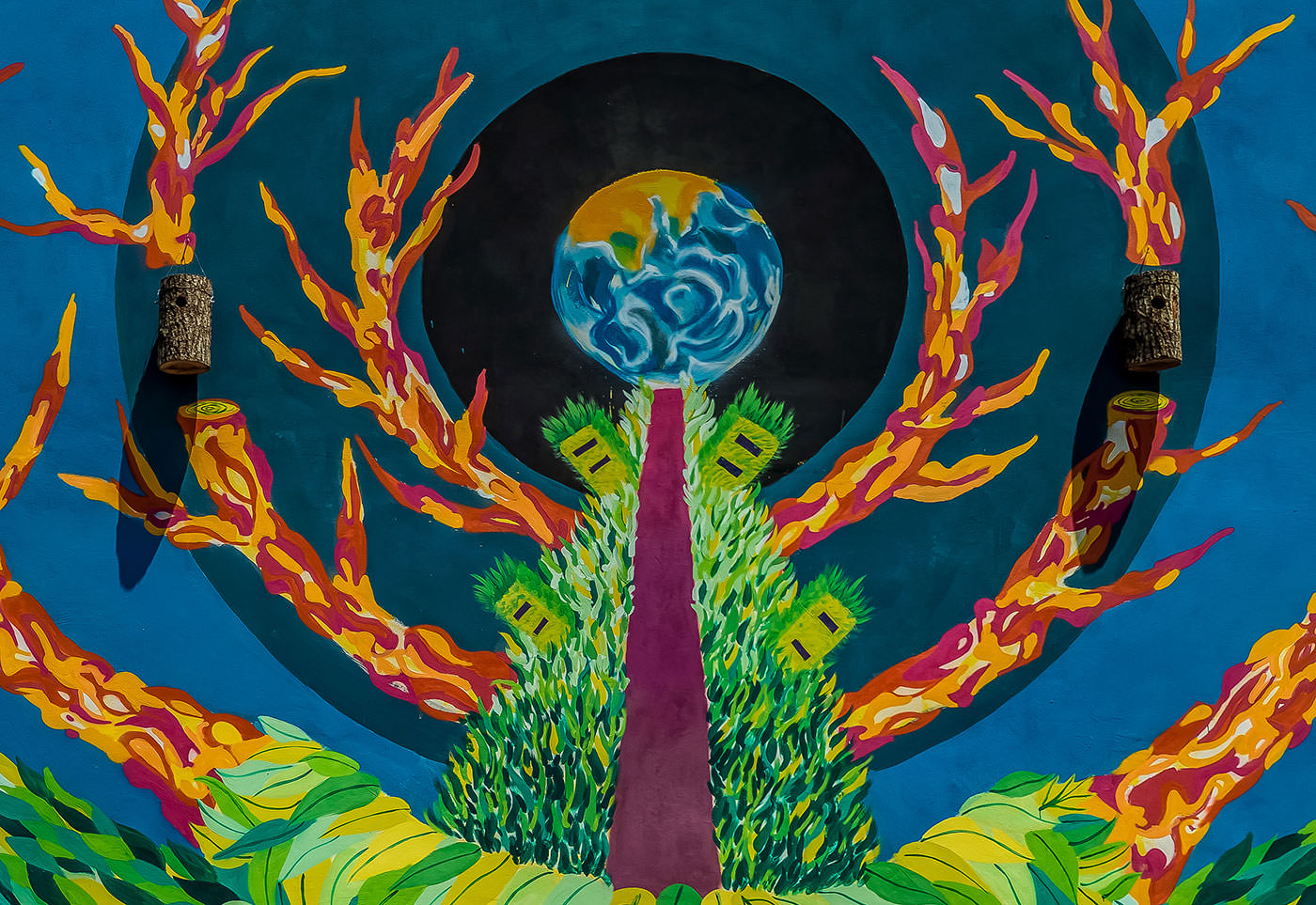 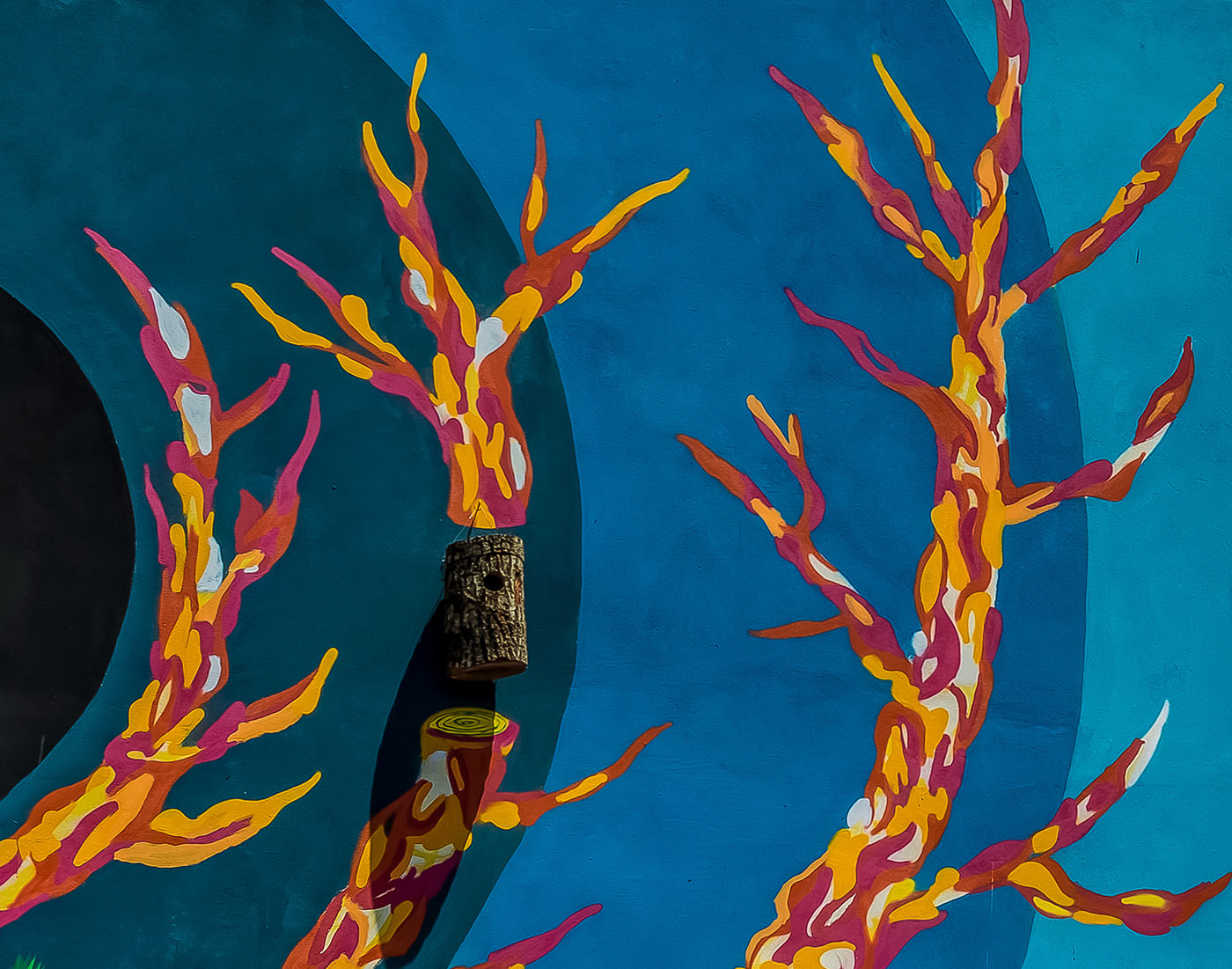 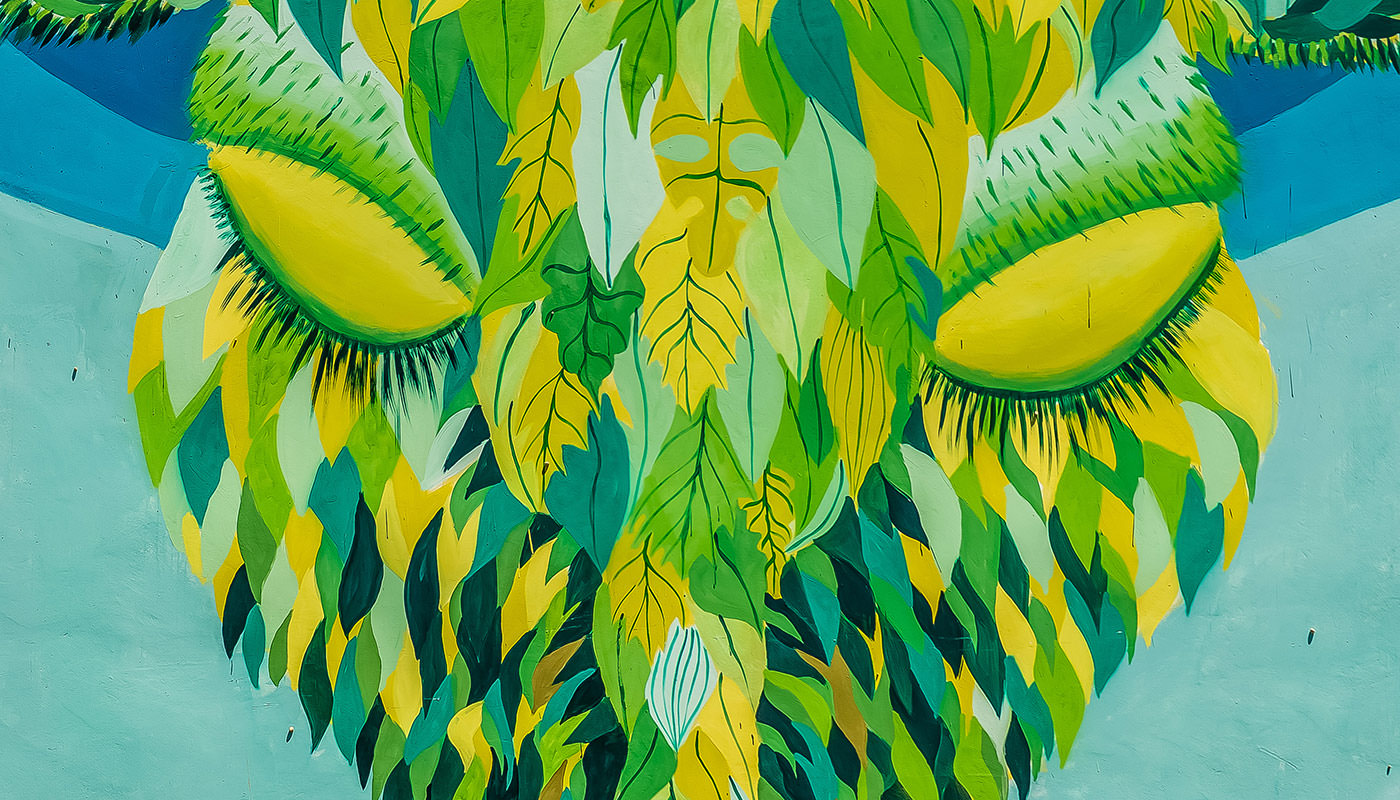 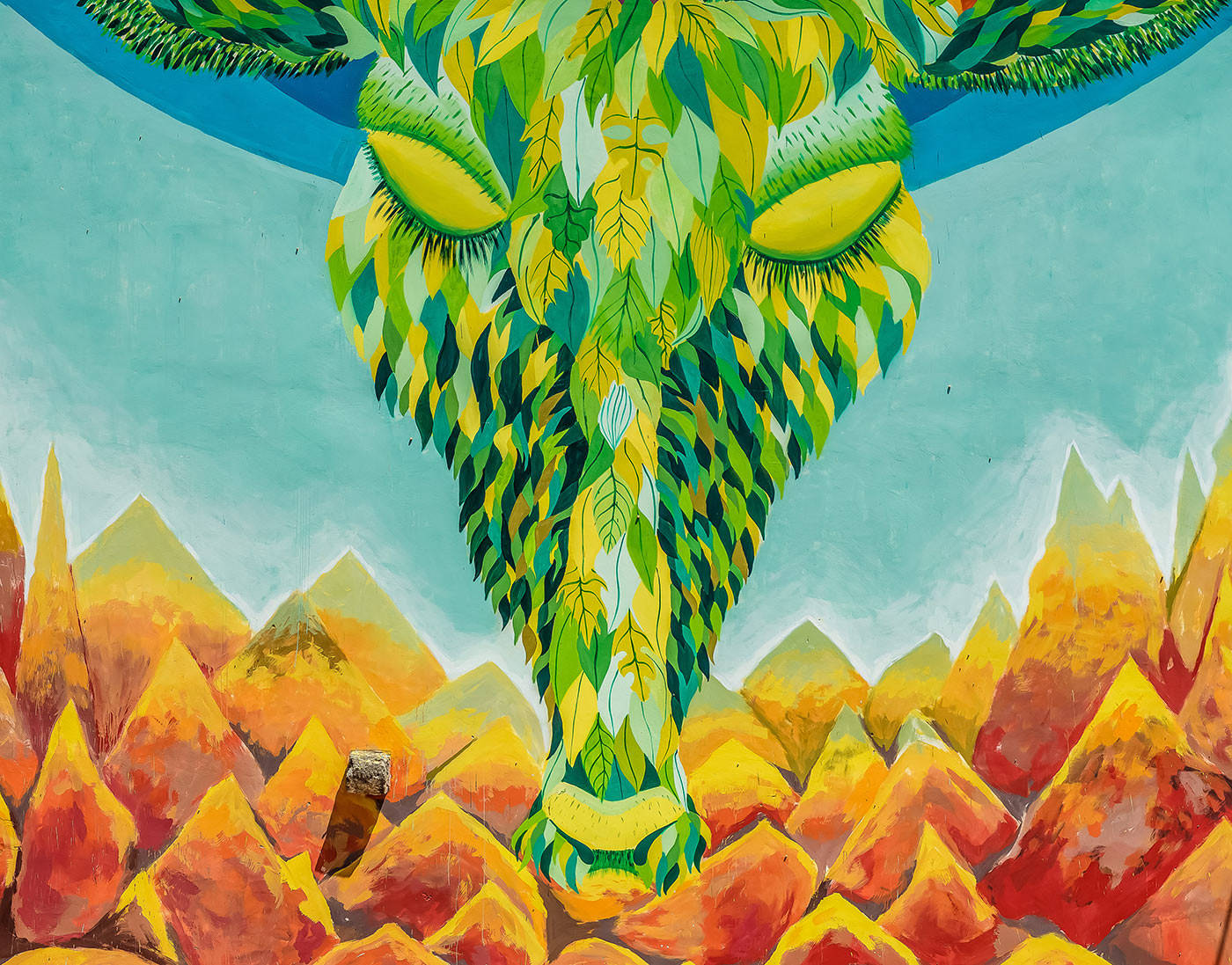 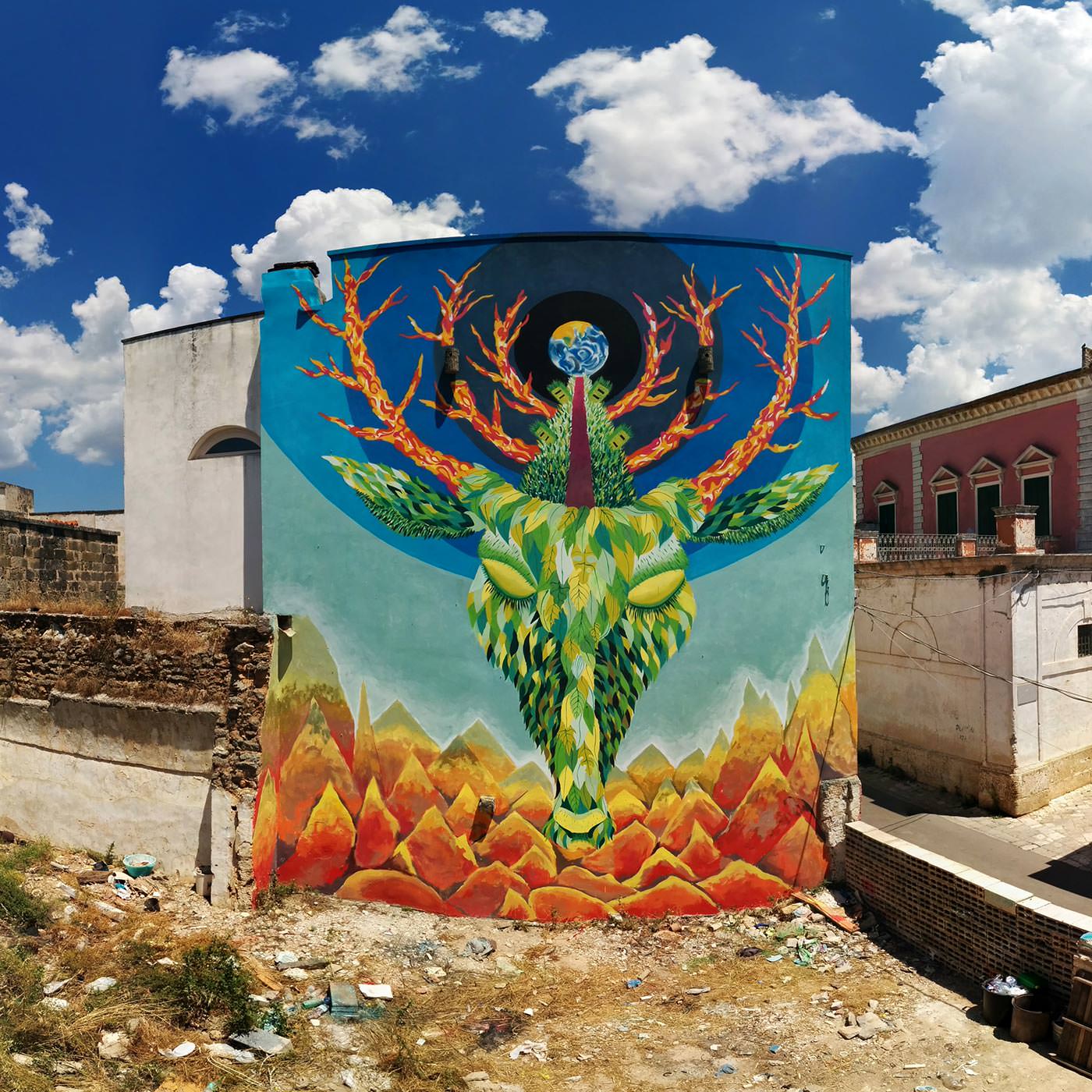 Direzione is a mural that speaks about coexistence and sustainable path. The wall is coinceved as a sacred apparition and feeds itself and described with a symmetrical and solemn taste close to religious art.

At the center of the composition is the deer god, symbol of the rebirth of nature and the cycle of the seasons since the Paleolithic cultures, is described here through vegetal elements and investigated as oracle and mouthpiece of a behavior, a direction in which Human beings should walk to create a sustainable future, the way of coexistence; a renewed sense of coexistence among men themselves, with the other species that inhabit the planet, and the planet itself.

The central location that covers becomes a key to understanding all the elaborate, as it divides the composition into three levels: the lower level is described as rocky desert and allegorically symbolizes the future for the planet if mens  continue with their  one-way policy of using resource, the top level was born from the deer and represents the path of communion with nature, the idea of ​sharing, giving and receiving. Here we see a rising path guided by the light purple color of meditation and spirituality, to the new conception of the planet that is in reality nothing more than the new-found understanding of the ancient tribal societies married by advances now-a-days technology.

We recognize on the vegetable pyramid/mountain elements with parallelepiped shape that make as think about bricks or synthesized buildings covered with leaves, which symbolize a constructive act in harmony with the environment, not only for the building but in the broadest sense, we see then on the horns of the deer 2 nests for birds, another symbol that reveals the understanding that our actions can and should be at the service of the other beings that inhabit the planet which have a key role in the balance of planet itself and, indirectly, on human society, learning to recognize the merits and value of each species.